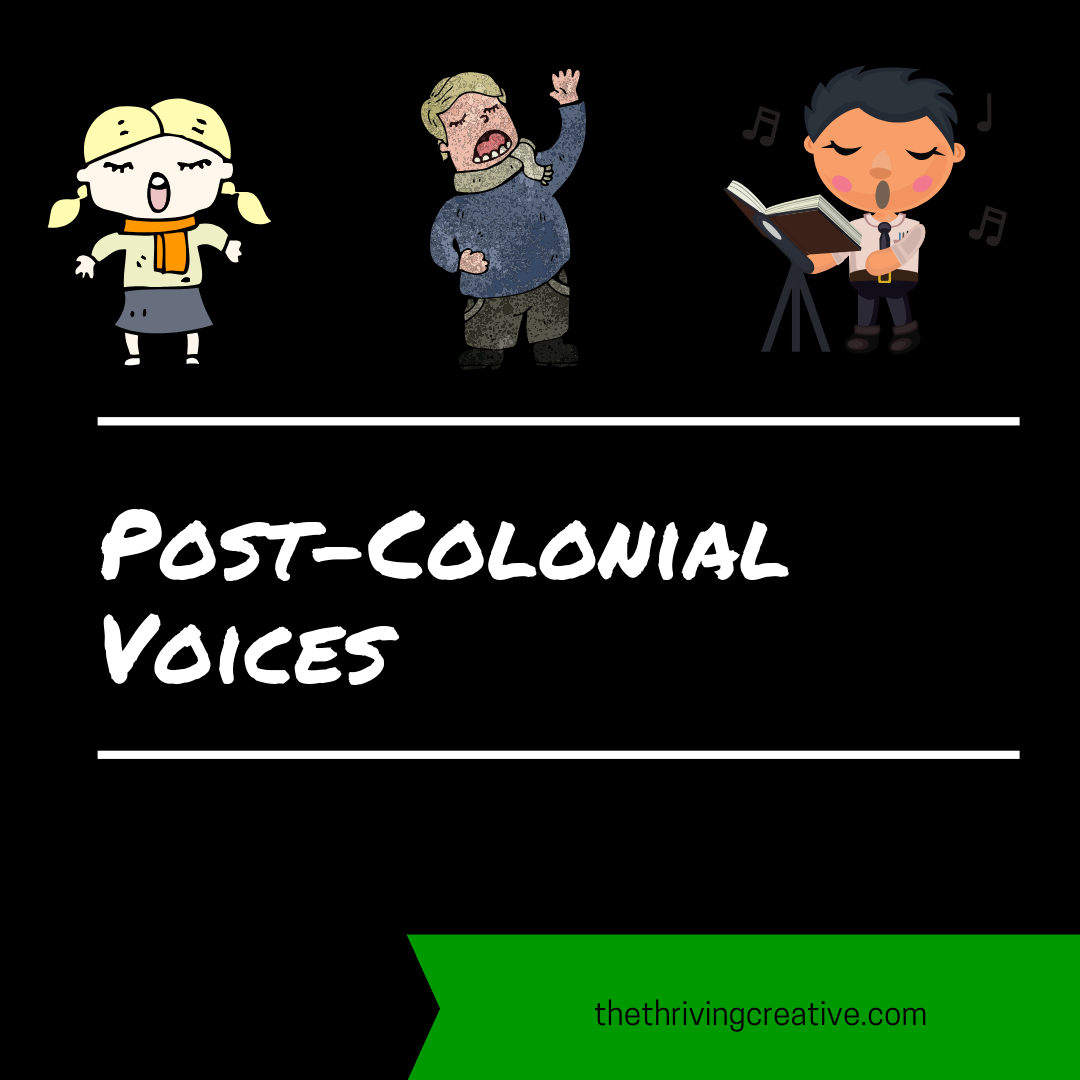 At the moment I feel like a lot of my time as a teacher is railing against young voices that have been colonized by western elitist forms of vocalism.

They have been taught rigid boundaries of what is acceptable vocalism which leaves students stuck in a narrow band of polite and cultivated sounds.

They lose their spontaneity, their full expressive range and their freedom to allow their voices to respond to impulse.

Instead, they recreate, often through an excess of tension, sounds and ways of using their voices that have been sanctioned by well-meaning but autocratic teachers who lead them further and further down a narrow path.

The other day, while coaching a contemporary MT song, I suggested a student use a glottal attack on a particular note to give it more of a pop quality.

She looked at me like I was passing her a crack pipe and suggesting she take a ‘harmless toke’.

She has been told too many times that the only ‘acceptable’ onset is a coordinated onset and that glottal and aspirate onsets are the devil’s playground. And I have been guilty of teaching this as well.

Art and creative training has changed remarkably over the last century.

People used to learn ‘on the job’, through apprentices or through private training set up by an artist.

The shift that happened was the academization of art training – bringing it first into the conservatory and then later into the arms of the university. In order to justify a 3 or 4 year degree in theatre, music, art etc. we needed to broaden the curriculum. The ideal then became to create the artist who was fully versed in the history and traditions of their art form, was invested and knowledgeable in a number of different theoretical perspectives regarding art and who could then be both informed by all of this knowledge, history and theory but also find their individual voice within this framework.

Some artists had a strength of vision and were able to find a path through all of this tradition and knowledge without losing their individual spark, but for many many individuals this ‘training’ served to snuff the flame of their individuality and their ability to know the rules but break them or at least bend them.

Art went from a wild practice to a cultivated practice, one validated by degrees, exams, marks, critiques – which are colonizing mechanisms inflicted top-down on individuals to control them, to profit from them, and to make them manageable.

And now we see so many young artists who are fearful of making a wrong step, of making a mistake, of being ‘vulgar’ or ‘inappropriate.’

But by trying to be so ‘right’ they rob themselves of the opportunity to spontaneous, to be real, to find something new, to fall on their face but discover something great in the process.

Amazing actors embrace the danger of falling flat on their faces.

But this seems to be too scary for too many young people I am encountering in training.

I recognize these patterns because I was that student too. Scared of my own shadow. Trying way too hard to receive validation, to be the good student, to get the A+.

And I robbed myself of so much possibility through doing that.

Freedom came later to me and I think, upon reflection, that part of it was being in a loving and stable personal relationship that validated me, made me feel safe, and gave me the security to realize that I could take risks in my work.

I also credit Voice Gym, created by the late Angela Caine, which through self-study and following her book of exercises, helped me to find a much greater freedom of sounds that were possible for me to make. Caine’s exercises encourage us to moan, yell, laugh, and play with our voices.

To not judge but just play and in this experimentation I found new freedom, greater expressiveness, and a more authentic connection both to my voice and my creativity.

I connected with something wild, uncultivated and more primitive – which I am viewing as a post-colonial sound. I know all the ‘rules’ and I chose to break them.

And in doing so, I have found something much more fun, authentic, expressive, creative and expansive than I ever did when I followed all the rules laid out for me by my colonizers.

I urge us all to consider what rules we are unnecessarily being a slave to.

Who has unwittingly cultivated you, colonized you, given you a load of do’s and don’t that keep you stuck on a very narrow cliffs edge?

Is it time to break free of those bounds?

To break the rules that have been educated into you?

To absorb whatever ‘sparks joy’ to you from theory and shake off the rest?

To dare to do it differently than everyone else? Even if certain individuals disapprove?

The truth is, if people are disapproving of your creative expressions, at some level, you’re probably doing something right!

You can and should consider their objections and maybe they help you to shave off a corner here, or tighten a transition there, but at the end of the day trust your gut.

Be the wild animal not the domesticated animal.

That’s where the juicy stuff starts to become possible.