You are here: Home / Entrepreneurship / Can We Ever Really Come Home? 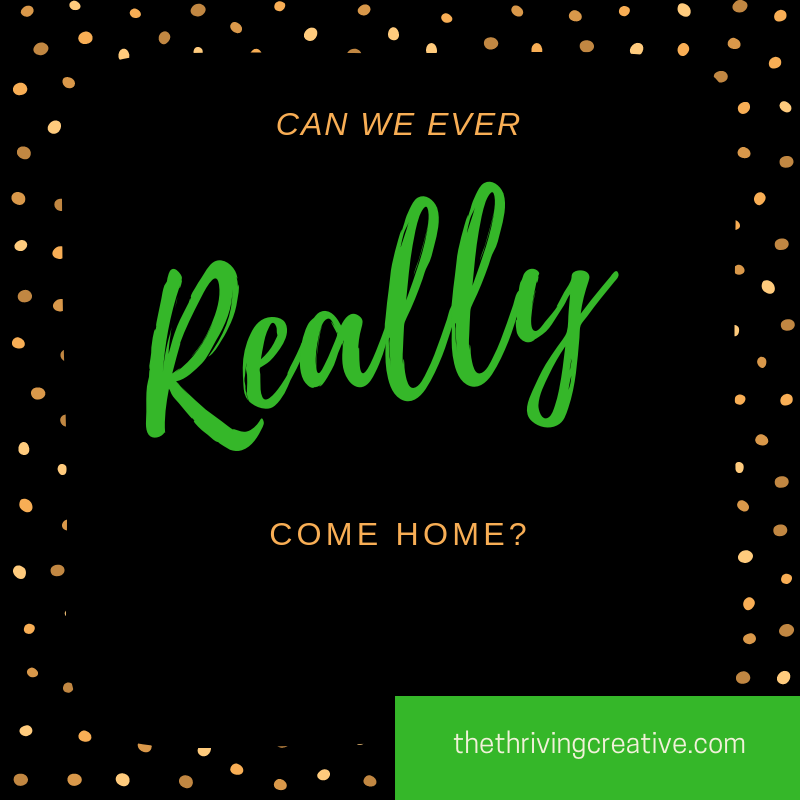 I’ve been asking myself that question for much of the past year.

I was gone for 16 years. In that time, I built a new ‘home’. I became a citizen of a second country. I bought my first home. I did a Master’s degree, I started a PhD, I achieved many career milestones.

For various reasons, the opportunity came up to move back to Canada and we decided to take it.

I quit my work. I said goodbye to friends, colleagues and a city I loved. I shed belongings, I packed and I moved.

Supposedly I was ‘coming home.’

This was the country I grew up in. Where I spent the first 30 years of my life. Where I started my career. Where I had roots.

It should have been easy.

I’ll cut to the chase. It’s been harder than I anticipated. See, what I hadn’t really realized is that in 16 years my ‘home’ had crossed the pond. I had built a new ’home’ in the UK.

While coming back to Canada was returning to the country of my birth, it was no longer really my home. I was once again a ‘stranger in a strange land.’ Because, of course, Canada changed over the last 16 years too.

I thought I would pick up all the professional relationships and friendships I had when I lived here. So it’s been a bit of a shock to realize that they’ve moved on.

I’m not sure what I was expecting, but I somehow thought as I was off having an adventure for the last 16 years that someone my ‘past’ was frozen in aspic and I could just pick up where I left off.

Or, that like the tale of the prodigal son my return home would be a celebration.

So I unexpectedly find myself starting over again. Creating a new home, in my old home, while missing my previous home. If that makes any sense.

At the moment, I feel like I have one foot on either side of the Atlantic… and while my legs are long, this is a bit of a stretch.

To make a new home, I need to let go of my previous home. And that’s proving to be harder than I thought. I spent 16 years building that home. It was good to me. But the only way I can start building a new home is to let go of the old one and spend my time putting out the welcome mat and setting about creating a new home.

I thought it would be easy. But I know now that I was being naive.

Home is a construct and anything that is constructed will also deteriorate if not maintained. The home that I built in the years up to 2002 has deteriorated in the ensuing years that I neglected it.

In the same way, the home I have build for the last 16 years is now going to deteriorate in my absence.

Home is where the heart is, they tell us. Begrudgingly, I think they are correct.