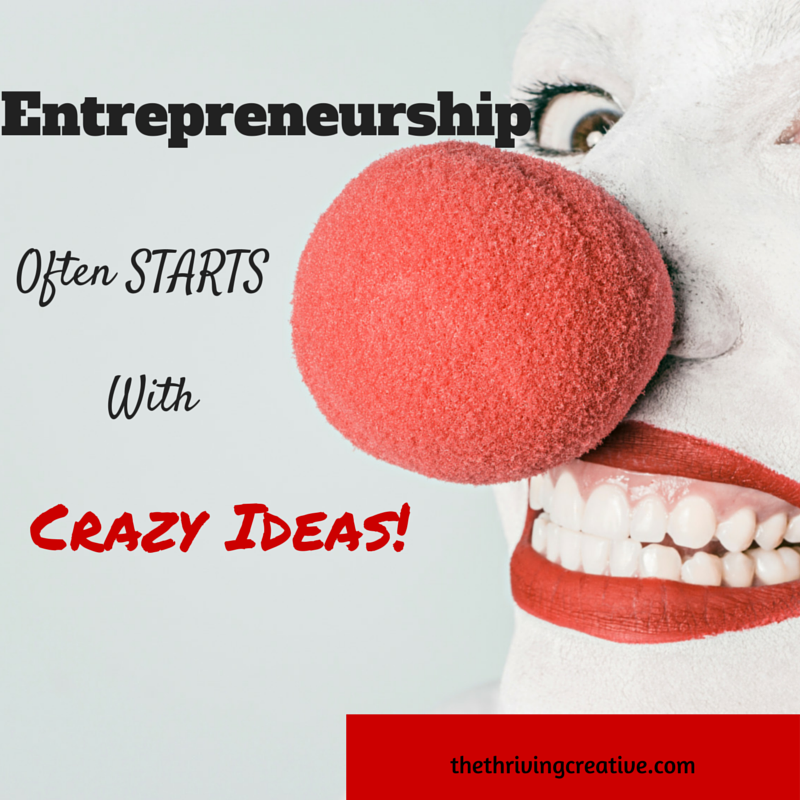 I spent a recent weekend working on one of my essays for my MA in Creative Entrepreneurship. We had to write a proposal for a project, with a budget and identifying target sources of funding.

I struggled for a long time about what to write about.

Then I came up with the idea of doing concerts in my living room – really like a musical salon – and charging people to come for a concert and refreshments. I wasn’t really that serious about the idea, I was just going to do it for my essay.

But then I started working through the details and it began to come to life. I began to see that for a small-scale entrepreneurship idea, it was actually a pretty good one.

Start with a crazy idea

I worked out a budget and realised that a) it wouldn’t cost that much to produce and b) even with a small audience I could make a small profit before I even received any additional funding. Then I started to look at available grants and funding – and there is so much. Now it isn’t easy to get, and you may not be successful, but there are a lot of funds for the taking and if you’ve got a great idea you might as well try for them, right? Entrepreneurship often starts with a crazy idea!

And so now I am really quite jazzed about the idea of launching @ Home Popup Concerts which can be portable concerts to take anywhere.

But that’s not even the point.

The point is that sometimes you take an idea, spend an hour or two sketching it out, and it starts to look really quite viable. But the important thing is to just keep generating ideas with your entrepreneurship hat on.

I might follow through on this one, or I might not, but the process of drawing the legs which support the table top (the idea) is really valuable and starts to make all of these things look a whole lot more possible.

Try it out yourself.

Take a crazy idea and spend an hour or two actually working out how you might bring it to life – you might surprise yourself. Even if that idea doesn’t get acted upon, the process of working through it will open the doors for more ideas to come.