You are here: Home / Side Hustle / The ‘Side Hustle’ – a dance that every creative needs to learn 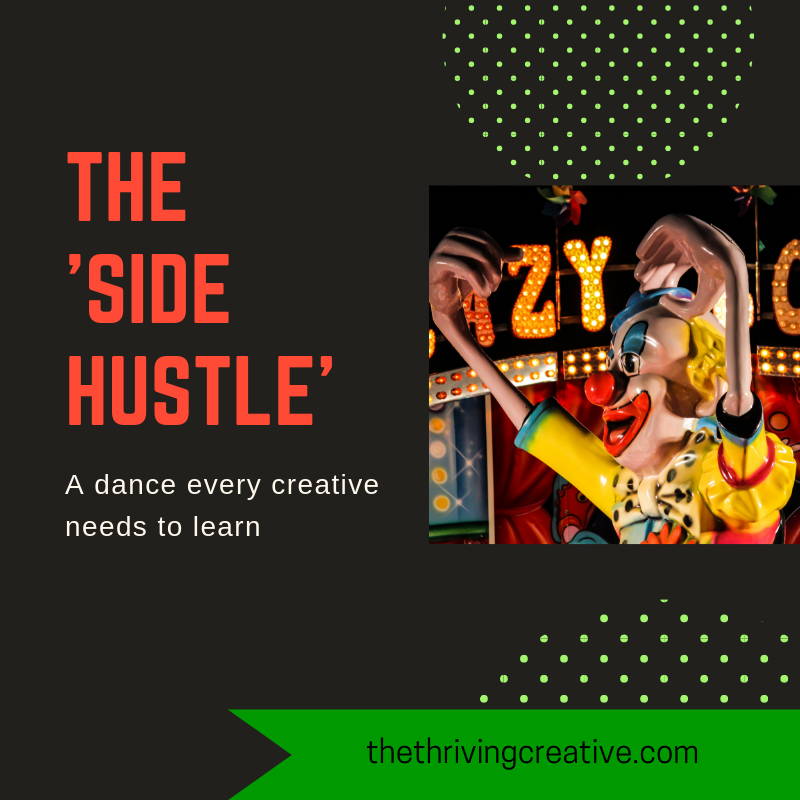 I’m old enough to remember when ‘doing the hustle’ really was a thing that young people did. Now I was at the ‘kids table’ watching older kids do ‘the hustle’ but I ain’t so removed from when that was a thing.

But that’s not the hustle I want to talk about.

I want to talk about the ‘side hustle’ and the importance it plays in most creative careers.

I don’t think there is an artist around who shouldn’t be thinking about ‘side hustles’.

…there are no guarantees that it will last.

Parts dry up for actors.

Painters and writers sometimes run out of ideas.

Dancers sooner or later need to give up dancing.

Now I wholeheartedly embrace the idea that there are skills and habits we can develop that can stretch out careers, lessen the likelihood of ‘drying the well’, keep the creative juices going but even still for all but the most successful creatives it’s a hell of a way to earn a living.

Earning a living in the arts, unless you’re really lucky, takes its toll on you. Whether physically, emotionally, spiritually, or financially. I’ve never seen an artist who doesn’t have a crisis of faith.

And sometimes they happen once a week.

It’s for all of these reasons that I am a firm believer in having a ‘side hustle.’ Something else you like, or at least can tolerate, that earns you some money.

The side hustle is a release valve when the pressure gets too high.

The side hustle is a life-preserver when you’re drowning.

The side hustle is a refuge when you’ve had enough and need a break.

The side hustle can be a faithful friend when no one else wants you.

It keeps you going. It gives you a sense of agency over your career. It keeps you sharp and helps stave off any feelings of desperation.

So what ELSE can you do other than your creative work?

What other interests do you have?

What could you turn into a ‘side hustle’ for yourself?

We’re going to talk more about side hustles in future blogs.

Because the ‘side hustle’ is a dance that never gets dated.