You are here: Home / creative entrepreneurship / Julian Clary, Buggery, and Finding Your Purpose 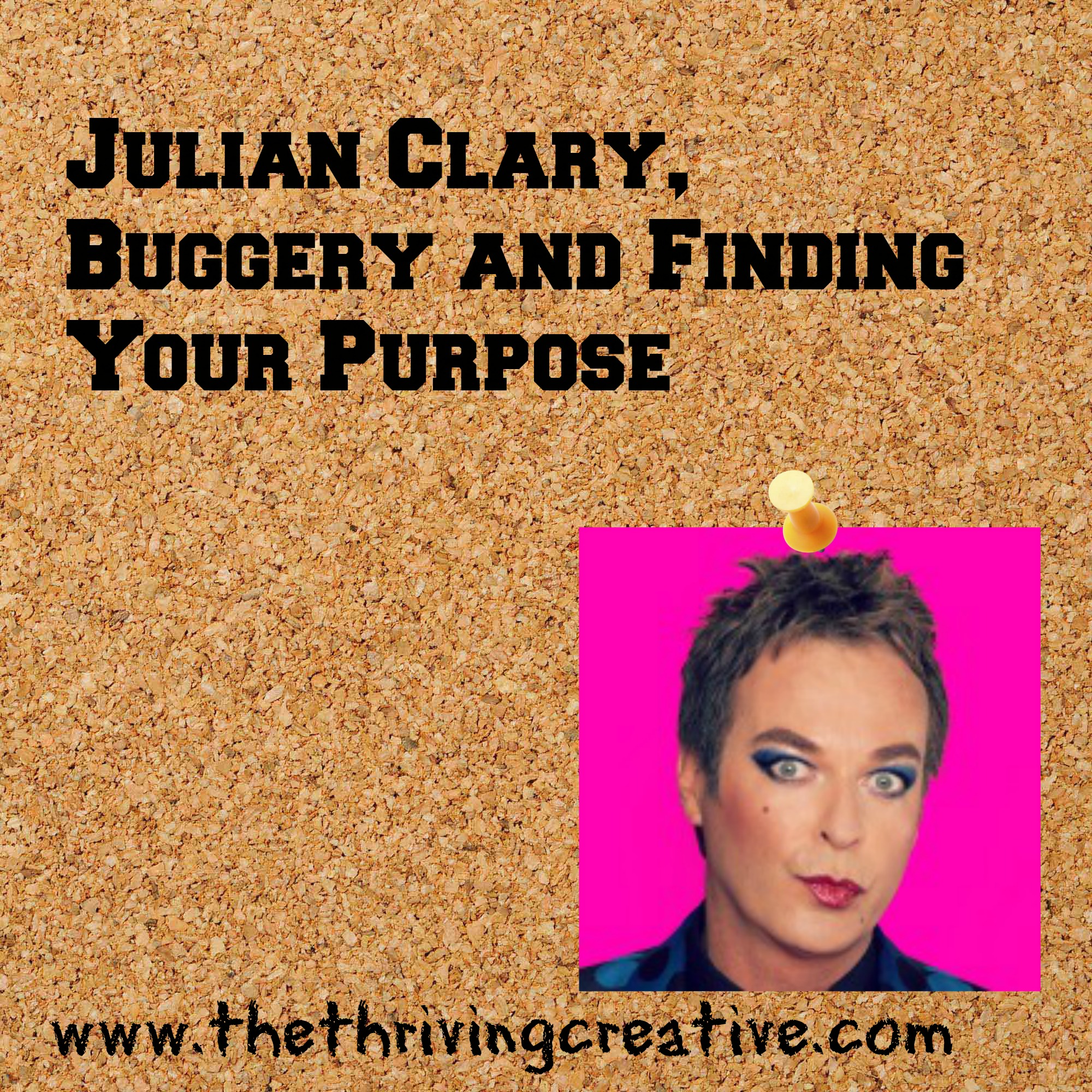 Hello, I’m back from a fantastic holiday in South Africa (where I enjoyed both the beauty and food/wine of Cape Town and the amazing animals on Safari in Sabi Sands) and I’m raring to go into this Autumn.

Some of you might know that I’m doing my PhD in Creative and Cultural Entrepreneurship at Goldsmiths College, University of London. Right now I’m in the ‘Literature Review’ stage, which is proving to be both enormous fun and very enlightening. See, my ‘job’ is to read everything that I can get my hands on about art, business, creativity, marketing, sustainability and where they all intersect. Exciting! I’ve worked through a lot of the literature around cultural economics and have now moved on to reading a number of biographies of actors to see what I can learn about how they approached their careers. Not a bad way to get a PhD, no?

I’ve just started Julian Clary‘s autobiography. If you’re not in Britain, you may not know Clary. He’s a very funny, very ‘out’, gay comedian. But he’s more than a comedian, he’s an actor, a raconteur, a brave soul, a story teller and wonderful voice in our bland universe. And he makes very funny jokes about buggery. His book is titled ‘A Young Man’s Passage‘. Turns out he’s also a graduate of Goldsmiths. Cool.

My purpose for reading these is to understand how ‘successful’ actors and performers have approached their careers, especially with an aim to trying to unlock the secret of longevity: why do some careers last for 40 years and some for 40 minutes?

Here’s a quote from Clary from Page 4:

“Once work gets a grip, depending on the work you do, it becomes the meaning of life for a while, as much an imperative as eating or sleeping. A career won’t be denied; it chomps away at your allotted 24 hours and its hunger is satisfied only temporarily before the next urge, as sure as waves roll in from the sea. And even if your work is camp comedy, it’s as all-consuming as a thesis. It has a life of its own.

It doesn’t last, of course. Things change: self-parody creeps in, laziness rears its sleepy head. Then there are well-meaning (or otherwise) TV producers who trust their own vision more than yours. Battle with them for a few years and your resistance may cave in, the path ahead obfuscated. By then you have tax bills and mortgages, expensive tastes and expectant friends to dish out for. What was once a joy becomes a job. You’re not new and exciting, you’re old and reliable, if you’re lucky.

But why did I choose this particular line of work? It just happened, as things do.”

So often as artists we talk about ‘falling into’ our art form or path. I was singing, dancing and acting from as early as I could remember. I got involved in community drama, then went to summer drama camp and before I knew it I was on the path of becoming a professional actor. I just kept going without thinking about it. I don’t ever remember consciously choosing to be an actor, it just always seemed like what I would do – or at least try to do. Then I started to get work. Getting paid to be an actor reinforced that I was on the right path. So I kept going.

Like Clary I remember that burning enthusiasm I had for the first 10 or 15 years. I was hungry. It was great. But it doesn’t last. I’ve gotten lazy. I’ve lost some of the edge. Maybe I’ve been burnt one too many times. I have found my enthusiasm waning. And then I meet young actors who just burst with enthusiasm for the craft/career and I realise how far I’ve drifted.

When I was in Cape Town I saw Vanya and Sonia and Masha and Spike at Theatre on the Bay in Camps Bay. One of the young actors really stood out in a company of much more experienced actors. His energy and enthusiasm were palpable. When I checked him out on social media his posts were filled with enthusiastic comments about how much he was loving rehearsals, working, creating projects, etc. It was really refreshing. I think about how many actors like myself spend so much time moaning (it’s like the old joke: wanna hear an actor complain? Give him a job)? We lose the love…

So it’s really nice to encounter that enthusiasm. Some of it really does rub off. I’ve asked him about doing an interview, so hopefully I can share with you some of the things he’s been up to. He’s a powerhouse.

So let me leave you with a thought. Whatever your art form: have you lost your enthusiasm? What do you need to do to get it back?